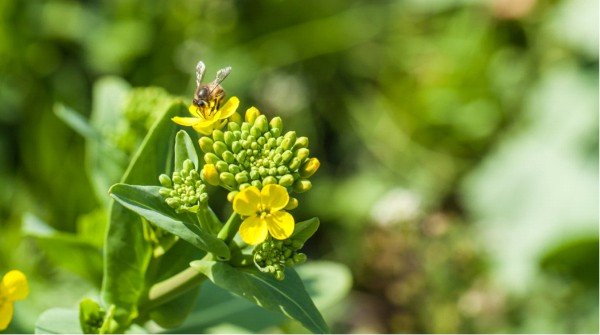 Most of the times when gardeners wage war against some of the plants ( edible weeds) they generally never think twice to look for the round up!

They would never even consider that these plants AKA edible weeds would actually have a nutritional value.

Well, I couldn’t blame them as most of these plants aren’t planted there intentionally.

That being the case, when we spot a weed growing there in between we don’t hesitate but run to the store and get the hoe and trowel.

Actually, throughout the entire season, gardeners will spend quite a good amount of time keeping these resilient plants at bay.

All in the name of having the desired neat and uniform garden and lawns.

What most people don’t know is that most of these plants are actually edible and very nutritious to humans. Are you surprised?

Yes, some of these weeds we work too hard to eliminate from the lawn could be a good free home-grown addition to your meals.

For instance: you’ll come across the dandelion greens in the grocery store. And they are quite pricey yet these are garden weeds that you could get right from your lawn.

Read on and I will share with you the amazing list of common lawn weeds that are safe for consumption by humans.

Dandelion is a common suburban scourge that might be one of the hardest to eliminate in the lawn.

It is always such a big deal for people who want to grow their grass uniform like those golf courts we see on the TV.

All in all, dandelion is one of the most recognized edible weeds that has such a versatile and useful nature.

Everything about this plant is useful, right from the leaves, flowers and even the roots.

The dandelion flowers especially are the most interesting part of this plant.

The small yellow flowers contain more beta-carotene even than the one present in carrots.

In that case, you could add them to salads, fry them or even add them to bread. In other times you can consider fermenting them to a fruity dandelion wine

On the other hand, the young leaves are a good source of gourmet salad as they are rich in vitamins and have a mild tangy flavor.

If you don’t like the dandelion leaves raw, you can stir fry them or make some soup as they will taste less bitter.

Finally, the dandelion roots could be dried and roasted then used as a substitute for coffee.

Also, the roots taste great when added to any recipe that requires some root veggies.

These are commonly known for their stinging leaves. And for that reason, they might not seem like an obvious choice for culinary to most people.

All in all, once you have the leaves disarmed of the stings you’ll be surprised how tasty the nettles are.

However, to prepare the stinging nettles it requires some level of skill and you should not try to do it without the right training.

The leaves could be used as a substitute for kales and spinach, therefore, could be added to omelettes, soups and casseroles. In addition, the weed is also a great pesto.

The nutrition content of the stinging nettle is also high as the leaves contain proteins, vitamins as well as minerals such as iron and calcium.

Finally, you could also make some tea from the stinging nettle roots. All in all, this tea is only used for medicinal purposes.

That being said, remember to carry your gloves when you go to gather the stinging nettle. This is the best way to avoid the stings.

You may have come across this plant somewhere in your vegetable garden as it is a very common one.

It is also known as lettuce or goose foot in other names. It makes a good substitute for spinach whether cooked or raw.

All in all, you are required to harvest only the young leaves as the older ones can be really tough.

Also, to get the ideal flavor from the goose foot its recommended that you harvest the plants that are 12 inches or less.

This is because the most ideal leaves are the ones that are not more than knee length high on the plant.

One last thing is that the goose foot also has seeds that resemble the quinoa seeds.

And these seeds too could be harvested and eaten.

The only problem with the seeds is that they can be quite time consuming and will need a lot of patience to gather a considerable amount.

The chickweed is an unassuming edible weed that could be harvested and used as both food and medicine.

The good thing with this plant is that the small white flowers, stems as well as the leaves could be eaten either raw or cooked.

They offer a sweet spinach-like taste that’s ideal for most homemade dishes.

This plant is a little delicate and has that inviting herbaceous winter green. Most people actually harvest it in the early spring season.

More to that, it is rich in Vitamin B, C and A as well as a great source of the omega 6 fatty acids. The plant could be used either as a salad or substitute for spinach.

In addition, this plant could be used as a tropical poultice or ointment for the minor rashes, cuts, burns and minor skin conditions.

In other cases, it could be made into a tea as it acts a great mild diuretic.

All in all, it’s necessary that you limit the amount of chickweed that you consume at once as you might be at a risk of diarrhea.

The wood sorrel is a very common weed that most people will refer to as the small yellow-flowered plant.

It makes a great herbaceous ground cover and for that reason, most people could mistake it for clover.

However, you will easily distinguish the wood sorrel from clover because of its leaves shape.

The wood sorrel has a definite heart shape while clover, on the other hand, has tear-shaped leaves.

The wood sorrel generally is a delicate and a leafy weed that will give you the ideal taste, somehow citrus like.

For that reason, the weed is the ideal addition for garnish or salads. All in all, you should note that the leaves are likely to wither fast.

Therefore, they should be used as soon as you pick them.

Of all the sorrels, the wood sorrel should, however, be consumed in small quantities.

It has such high levels of the oxalic acid content.

This oxalic acid is poisonous when consumed in large quantities.

More to that, medical research shows that it has been linked to kidney stones.

The purslane is another very common weed that you are likely to come across.

This is especially in the moist garden beds, shady areas as well as the lawns.

This is one plant that will easily go unnoticed in your lawn as it lies very close to the ground.

Although very hard to completely eradicate, many will still think of it at that meek and humble garden weed.

However, what they don’t know is that this is definitely the ideal powerhouse for any leafy veggies nutritional content you could ever think of.

This all ranges from the omega 3 fatty acids, iron, calcium, Vitamins C and A among other nutrients.

Nutritionists have said that purslane packs more nutrient as compared to any other leafy vegetables you could have in your garden.

That being the case, purslane makes a great addition to your salad. Also, you can use it to thicken stews and soups or even consumed just as stir-fries.

Generally, purslane could be categorized as a succulent and has that crispy texture.

Meaning that both the leaves and the stems could be consumed. It could be raw or cooked as they add a sweet peppery flavor to a variety of dishes. Purslane also makes a great substitute for spinach.

I know this is something you’ve probably already figured out by now; wild brassica belongs to the same species as cauliflowers, kales and broccoli.

That being the case, wild brassica makes a good source of Vitamins A and C. Spring is the best time to go looking for the leafy weeds.

But weird thing is that brassicas taste even better in winter, unlike most leafy veggies.
Anyone who has the brassicas as their go-to leafy weed will always mention how sweet they get in the winter.

This is a crucial time when most of the leafy vegetables don’t survive.

The cold is always too much but this particular one does very well anyway. However, this doesn’t mean that they won’t be available in the summer.

Only that is summer they will have a strong peppery taste. All in all, this would taste great if that’s the touch you are looking for in your dish.

You’ll be surprised how in winter the flower heads taste just like broccoli. There is so much similarity in taste.

Also, these flower heads could still be a great addition to salads or just stir-fried.

Well, we are not talking about the same thing here but here is a regular lawn weed that will most cases go unnoticed.

Besides being such an important food for the honeybees, the clover flowers and leaves could be used to make a couple of dishes.

The fresh flowers of this weed make a great addition to salads as well as teas.

However, if you don’t like how they taste in your tea, you can roast the blooms on a pan until they get that crispy feel.

Generally, the flowers of this red clover are rich in vitamins B and C as well as beta-carotene and the bioflavonoids.

The young red clover leaves could also taste great in salads although the older leaves are not as tasteful.

The leaves are ideal in adding that green accent to a couple of dishes. All in all, there are people who are allergic to red clover.

So you should first consume it in small amounts. It’s a great thing to be cautious.

The leaves in the wild amaranth are the ideal part to consume.

This is because they are a great addition to any meal that requires a touch of leafy greens.

The plant is also known as pig weed.

The younger leaves of the wild amaranth taste better as they are softer.

But the older leaves on the other end could also be cooked the same way we cook spinach.

More to that, you can also cook the wild amaranth seeds.

You can gather them then prepared them just like you do with the amaranth bought at the grocery store.

Either as a ground meal or a whole meal, the amaranth seeds also taste great.

All in all, it may take you quite some time to gather enough amaranth seeds to add to a meal. But if you do, you got yourself a great source of protein.

The garlic mustard tastes just you are guessing. Just like the mustard greens with a little hint of some garlic.

The plant is best harvested when it’s still very young. That’s because at this stage the leaves tend to be very tender.

However, at times you can leave the plant to mature until it flowers. And you can eat the flowers too.

Besides that, the garlic mustard has some health benefits to your body as they are good for your heart, weight as well as the low cholesterol level in the body.

Many also say that garlic mustard could help to prevent cancer, this is among many other health benefits it could have to your body.

Also, note that the roots and seeds of this weed are edible too.