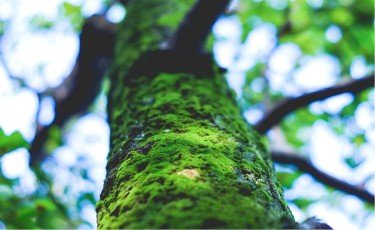 Symbiotic Relationship in Plants soil, and the Eco system explained in layman’s terms for beginners.

All nature on earth comes in a specific design. To start with, life will compete for all kinds of available natural resources.

This ranges from a shelter, food, water and light. However, competition is only a small part of the picture.

Mutual benefit, as well as cooperation, is also a vital foundation of the many fascinating interactions that we find in nature.

Let’s say, imagine how life would be without your best friend?

Who would you be spending time with? Well, it’s evident that life would be very lonely.

Ever heard of the famous saying that goes; “I’ll scratch your back if you scratch mine”?

Well, this is basically the idea of helping someone else with the aim of getting some help in return.

Essentially, the main idea behind the symbiotic relationship in plants. The word Symbiosis has a Greek origin meaning; living together.

They include; Mutualism where both of the involved species get to benefit.

Commensalism which is a relationship where only one species gets to benefit although no harm is caused to the other.

Lastly, parasitism where only one of the species involved benefits at the cost of the other species.

Mutualistic Relationship between Lichen and Plants

A mutualistic relationship in plants occurs when there are two organisms of different species that are working together.

And each of these species is benefiting from the relationship.

There are various reasons why plants engage in a mutualistic symbiotic relationship.

Some of these reasons include; nutrition, shelter, protection as well as for reproductive purposes.

Furthermore, the mutualistic relationship is put in subcategories.

The mutualistic relationship can be further categorized into;

⦁ Facultative Mutualism; Facultative mutualism occurs when both of the involved organisms benefit from their symbiotic relationship although they do not depend on this relationship in order to survive.

⦁ Obligate Mutualism; On the other hand, the obligate mutualism occurs when both the organisms involved in the symbiotic relationship depend on their relationship in order to survive.

Mutualistic relationships are common between various organisms such as; animals, plants, algae, fungi, and bacteria.

Most of the common mutualistic relationships will occur in situations where one of the organisms involved is dependent for nutritional purposes while the other gets a service.

However, other types of mutualistic relationships tend to be multifaceted.

Therefore, both of the involved species get a combination of several benefits.

But still, you will find other rare mutualistic relationships where one of the involved species lives within the other species.

Mutualism in Plants and Animals
Pollination in plants is one of the most straightforward examples of mutualism in plants.

As we all know, animals, as well as insects, play a very vital role in the pollination process.

For instance, while the bee as the pollinator will receive nectar from the plant, it will also collect then transfer pollen during this process.

Hence, most of the flowering plants rely on insects for pollination.

Commensalism happens to be a type of symbiotic relationship between two species where clearly one organism benefits from the other species without benefiting it or causing any harm.

\Common Examples;
⦁ Commensalism is very common with Remora Fish. This type of fish is very bony at it comes with a dorsal fin that it uses as a suction cup.

The Remora fish in most cases uses the dorsal fin to attach to sharks and whales or even rays.

They then get to eat the scraps that the hosts leave behind. The remora fish at the end of the day gets a meal although the host doesn’t benefit from this relationship.

This might seem a little selfish but neither of the species gets hurt.

⦁ In another instance; commensalism is evident when fish use the coral reefs as their hiding place from predators. They end up benefiting from the reefs as their fortress without affecting them.

Mutualism happens to be a symbiotic relationship between two organisms that are in two diverse species.

Both of these organisms involved get to benefit from their relationship.

Hence, this relationship increases the chances of both species surviving and reproducing.

Common Examples;
⦁ A bumblebee tends to have a mutualistic relationship with garden flowers.

In that, the bumblebee gets nectar from the flowers which are then used to make food for the bees.

On the same note, while the bees are moving around the flowers, they get to pollinate the flowers while getting their nectar.

Both the flowers and bees help each other hence increasing their chances of survival and reproduction.

A Dodder Wrapped around a Green Plant

With parasitism, there is an interaction between two organisms of different species. Where the parasite lives either in or on the host.

In this case, the parasite gets to benefit at the expense of the host.

Other circumstances may include, the parasite depends on the host for survival without killing it.

Generally, In a parasitic relationship we have two kinds of hosts; the intermediate host and the definitive host.

The definitive host is known for providing a home for the adult parasite.

While on the other hand, the intermediate host offers a home to a juvenile parasite although unknowingly.

Common Examples;
⦁ Parasitism in plants is common with the Dodder plant.

This plant forms masses of leafless vines that are yellow in color over their host.

This plant, however, can be very aggressive and it has some root-like organs that are known as haustoria that penetrate the host organism.

They then siphon all the water and nutrients of the host at times to the point of death.

This plant has little or no chlorophyll. And that being the case, even the young dodder plants have to look for a host before the energy supplied by the seeds run out.

⦁ Competition
This type of symbiotic relationship occurs when the organism of different species are competing for similar resources in the ecosystem.

All in all, this can be quite a selfish type of symbiotic relationship as it happens in reverse.

In that, one of the organisms in the ecosystem tends to suffer due to the existence of the other organism.

This means that when there are invasive species in the ecosystem. They tend to upset the balance in the ecological communities since they use up resources that are meant for the native species.

Common Examples;
⦁ Taking, for instance, the Yellow Star thistle which is a native species of grass in Europe that found its way to the USA.

The Star thistle happens to be a rapidly growing plant. Hence, its roots suck up all the water and nutrients which steals the resources that would have been meant for the natural grasses.

In the end, the natural grasses wither then die. This competition could happen even in organisms that belong to the same family.

⦁ Herbivory
This is more or less a type of predication where the preying organism happens to be a plant.

In this type of symbiotic relationship, the predator feeds on the plant eating only a portion of it without necessarily killing it.

Common Examples;
⦁ When a gazelle eats grass it only takes a portion of the grass while at the same time leaving it alive.

Or even when the sea urchins tend to eat algae. In this type of symbiotic relationship, killing the prey is never a top priority.

Symbiosis could have a whole variety of definitions. But, we will go with the one that refers to it as a mutual relationship between organisms of different species interacting with each other closely.

Most of these symbiotic interactions tend to be long term as for both organism to survive, they rely on this relationship.

Some of the common examples of symbiotic plant examples include;

⦁ The Mycorrhiza
This is a symbiotic type of relationship that has been established between the roots of plant and fungi.

However, this type of relationship could also happen in plants that do not have roots.

For instance in liverworts and mosses.

The mycorrhiza forms a vast network which makes it hard to tell where one begins and ends.

And due to this large network, you will find one plant connected to a totally different species that is quite a distance away.

For the mycorrhiza, it can connect to the plants in two different ways.

One of these forms is known as the endomycorrhizae where it actually grows in the inside of the plant.

On the other hand, we have the ectomycorrhizae where it simply grows by surrounding the plant’s roots.

Since the mycorrhizae are so small, you cannot see them under normal conditions. However, they are totally visible under a microscope.

All in all, once in a while the Mycorrhizae tends to reproduce hence they send up some fruiting bodies that will produce spores.

These are what we call the mushrooms.

Both the plants and mycorrhiza benefit each other in more than one way.

The plants keep the mycorrhiza fully alive and fed.

There is little sunlight underground and the mycorrhiza does not have what it takes to experience photosynthesis.

Hence, the plants provide the mycorrhiza with excess sugar in order to sustain themselves.

In turn, the mycorrhiza provides the plants with a lot especially in terms of nutrients.

The mycorrhizae are capable of absorbing minerals such as magnesium and phosphorous directly from the soil which it then provides to the roots of the plants directly.

Also, in some cases, it helps to protect the plants it’s attached to from toxins and diseases.

This is another type of symbiotic relationship that occurs between the algae, fungi as well as cyanobacteria.

In this relationship, while the fungus tends to receive the nutrients they have obtained from photosynthetic bacteria or algae.

The algae also benefit as on the same note, it receives protection, stability and food from the fungus.

Lichens, without a doubt, are very vital complex organisms that are a result of the symbiotic relationship between either fungus and the cyanobacteria or algae and fungi.

Fungus acts as a major component of this mutualistic relationship.

That is because the fungi goes a long way into ensuring that the lichen survives in diverse biomass’s.

That being the case, you will find Lichen in extremely diverse environmental conditions.

For instance; you will find that Lichen will grow in a desert, on a rock, trees or even on the exposed soil.

And it is with the help of the fungus that the Lichen gets a safe and well-protected environment to thrive in.

On the other hand, since the algae are capable of photosynthesis, it is capable of providing the required nutrients that will support the survival of the fungus.

This kind of relationship tends to develop in distinct morphological forms. Hence, the algae becomes a phycobiont while the lichen develops to a mycobiont.

The Importance of Symbiotic Relationships in Plants

Symbiotic relationships play a very vital role in all the organism in all ecosystems.

That is because this kind of relationship between organisms helps to maintain a crucial balance in the multiple processes in nature.

⦁ Symbiotic relationships play a vital role in ensuring that people have enough food, the planet is fully populated with both trees and animals.

Also, it helps in maintaining a sane balance between the plants and animals population.

⦁ More to that, symbiotic relationships are responsible for helping the individual organisms of different species to thrive, change and evolve over time.

In Summary…
As we have seen from the article above, symbiotic relationships are a very crucial part of the ecosystem.

Both in plant and animal species.

This means that, if there weren’t any symbiotic relationships in the ecosystem, life wouldn’t be as we know it today.

Or even the trees wouldn’t have proliferated far enough as they are today because of the seed dispersal aid they get from the birds.