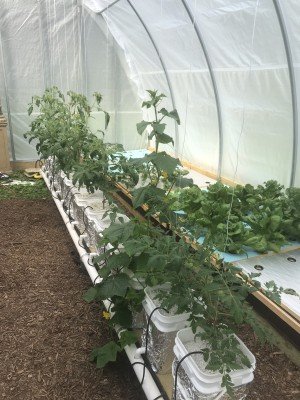 Perlite sterilization: Methods and processes of how to clean perlite for reuse

A quick guide to” what is Perlite.”

Have you ever seen those vague, off-white coloured balls that look like stones or small pieces of rocks? They are amorphous glass material that is obtained from the volcanoes formed by the extrusion of igneous rocks, commonly known as Perlite.

The shockingly low prices and low density of this material render it extremely consumable in many commercial industrial and commercial settings.

Where can Perlite be seen used?
Perlite is very flexible in terms of uses, from the depths of the roots of various plants to the heights of the concrete blocks of any massive buildings you can find Perlite almost everywhere. It can be used as aerating soil medium, as cat litter, as fertilizers in growing plants, in growing hydroponics, and many other purposes too.

Are you, by any chance, an industrial person? And would love to know more about this material you encounter in the industry? Or do you have a keen interest in gardening and plantings and want to know about modern planting hacks for better crop yield? Why these questions, right?

Because here, I am going to highlight the most widespread usage of Perlite, i.e., as a planting medium. The porous nature of Perlite is ideal for locking moisture. It retains moisture and makes it readily available to the roots of the plants. But using Perlite for planting purposes can be very risky sometimes as it can contaminate with fungal and bacterial spores easily and makes the plants prone to infections, so it is very important to sterilize the Perlite before using it for plantings.

Though Perlite is a sterile product in nature, still you can find spores, fungus, and other microorganisms in it. And using the Perlite without sterilization can cause numerous hazards due to the problems like salt buildup and media compaction. Moreover, besides cleaning and disinfecting one advantage of sterilizing the Perlite is, according to studies, sterilized Perlite has shown to increase the yields of crops and plants to several folds. So sterilization of the Perlite is one of the crucial steps in the usage of Perlite based commercial commodities.

How to clean perlite and sterilize it properly?

As far as how to clean Perlite for reuse is concerned, you may have gone through various methods of perlite sterilization. Some of these methods are:

Although perlite sterilization is not confined to these methods mentioned above, these are some of the commercial methods you can find commonly being practiced at commercial levels.

Here one thing to ponder is if one method is effective enough to sterilize the Perlite, why are there so many outnumbered ways prevailing in the market. One reason is that each method has its own pros and cons, which make it superior over the other.

We will now elaborate on the methods that are commonly observed to be used as sterilization methods of Perlite in the industries and other commercial locales. Here we have broken down the commonly used methods according to categories.

How to clean Perlite for reuse with washing:

If your Perlite is new, there is a chance it is already clean, and it doesn’t need sterilization, but it will definitely need washing and proper rinsing. In fact, washing is the first and most important step before any sterilization method. Whether you want to sterilize your perlite medium or not, you will have to wash it in any set of circumstances.

Washing will remove all the hard built-up material, debris, dirt, and other filth particles from the Perlite, making it clean and pristine. Washing is not a very complicated method and requires the following steps:

Put your perlite stock in a basket or a pan
Spread it evenly and run the water over it
Flip the Perlite once you’re done
Rinse it with enough water to clean all the dirt away.
Washing allows the removal of unnecessary material and particles so the soil can trap more nutrients and help the plant nourish

How to sterilize perlite solution with bleach:

How to sterilize Perlite with hydrogen peroxide:

Another method -that you would have heard over and over again- of perlite sterilization is by using hydrogen peroxide. Hydrogen peroxide is a chemical compound that comes in many varied strengths ranging from 3% to 90% and used for a variety of objectives.

How to sterilize Perlite in an oven:

Perlite is very cheap in terms of money that it can be bought as much as you require in your budget. But sometimes the availability makes it difficult to be purchased; in this case, you can always use the pre-used Perlite by making it go through a series of sterilization processes.

The used Perlite first needs to be washed thoroughly in case of any pre-existing soil, dirt, debris, fungal or bacterial spores, or any other possible contamination. It is then subjected to oven sterilization to make it as good as new to be used again for plant and crop germination. Oven sterilization steps are as follows:

Washed and cleaned Perlite is placed on an oven pan
Dampen the Perlite slightly before heating.
The Perlite containing pan is sealed with aluminum foil.
Preheat the oven to 200°F or 105°c
Turn the oven on and wait for the temperature to reach 250°
Let the Perlite to be warmed for about 30 minutes.
Remove the Perlite after 30 minutes.
Let the perlite cool for a while before you start using it.

How to sterilize Perlite by using steam:

Steaming is another great way of disinfecting Perlite. It is gaining more recognition in the fertilization industrial sectors. The reasons for this method’s popularity are two folds, firstly, it is highly socially valuable and secondly it an extremely low ecological impact.

It destroys all the bacteria, viruses, and fungi from the Perlite, leaving it fit to be consumed. There are two common methods of steam sterilization. a) free-flowing method b) aerated method. Though they are different but involves the same steam for disinfecting. The common steps that are taken for steam sterilization are:

The boiler is set at around 212°F and a pressure of 5-15 psi
Water is allowed to boil in the boiler, and steam is generated.
The steam is then released over the perlite media to raise the temperature.
As the temperature rises, the contaminated particles tend to destroy.
The temperature can range from 140 to 240°F according to the types of boilers and the method of steam sterilization that is being used.

What type of Perlite is best to use as a growing medium:

Perlite comes in a variety of types, shapes and forms. It can be found as coarse particles and also as medium or fine particles. It is important to look for a suitable perlite medium for your garden or your plant types. Coarse Perlite works best for plants that don’t need much water like succulents because it has a great drainage ability.

Moreover, if you’re planting in an open area, coarse per tile is the perfect choice for you like it heavy weighted and don’t get carried away by the wind. Medium and fine Perlite is great for plants that require more water as it has more retention and helps trap more water and nutrients.

I hope this post has provided insight on how to sterilize perlite for reuse! Pick a way you’re comfortable with and make it happen!