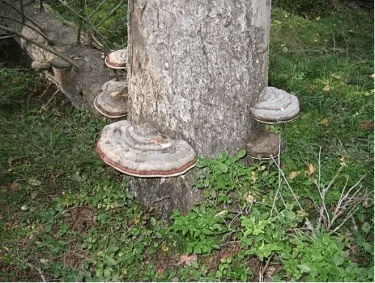 How to remove fungus Fungus from Soil? It’s easier than you would think!

A fungus is always causing issues for the gardeners as it is one of the major causes of diseases like root rot and blight in plants.

Here the question arises how can we get rid of fungus from the soil.
Let’s dive into the article, to explore the ways you can adopt to get rid of these micro-organisms.

How Fungus Spreads in the Soil?

Generally, fungus grows in the darker area having a warm moist climate. For fungus growth, the soil must have a sufficient supply of moisture and nutrients.
Fungus causes the root rot that is the principal cause of plant’s end, by which an attractive and good-looking garden may turn into a nightmare.

How to remove fungus from soil and it’s affects ?

The massive growth of fungus destroys your plant. The water carrying capacity of soil may get disturbed by the increasing growth of fungus. There will be an imbalance in mineral contents.
Moreover, mineral uptake by the plant may also get fast, leading to the increase in salinity of soil to a high level. Blind spots may also occur in the garden.

Does Fungus Cause Harmful Affect on the Soil?

The fungus can be harmful in a way that it not only harms your crops but also affects the flowers. The advantage of fungus is that it stops the soil from excessive dryness.
Some fungus like mushrooms are edible and people love to eat them.

How to Inhibit Fungus Growth in Plants?

The following measures should be taken to prevent fungus growth.
Step – 1
The primary reason for fast fungal development is fertilizers. The use of fertilizers should be reduced to prevent the growth of fungus.
Step – 2
To reduce fungal growth the organic fertilizers should be completely decomposed and dry. If not, then nitrogen will be reduced and will cause the wilting of leaves
Step – 3
Only water the plant when needed, excessive water supply accelerates the fungal growth.

How To Organically Remove Fungus from Soil?

It is always suggested to remove the fungus from the soil, also it depends on the situation. Being a gardener, it is very simple for you to extract the fungus. There is no requirement for any expensive tools. Taking heed to the steps below you will easily get rid of the fungus.

First, mark the point where according to you, the fungus may be present.

Secondly, you will observe some grey-brown hairs, soft to feel having a dusty appearance. These hairs appear to a soft velvet structure present over the marked spot.

The next step is to replant the plant with clean and healthy soil. The process is so easy to do that even a kid can also do this.

There are a lot of things to do when the fungus has damaged your garden. Cleaning the area is the first step. With the removal of grass, some surroundings plants will also have to be removed.

The soil must tilled about 2-3 inches deep to allow the airflow and to completely dry the soil. This will inhibit the fungus growth. This is the most critical step suggested by commercial farmers. The tilling of the soil must be deep if the soil is too moist.

After performing all the steps, leave the garden in the same stage for several days. You can reuse the soil for planting purposes after its drying process is completed.

Some kitchen items can also be used to inhibit fungus growth like:

Can You Use Cinnamon Powder for Killing Fungus from the Soil?

Cinnamon powder is one of the kitchen products that is used to kill fungus grown in the garden. Cinnamon is anti-fungal. One of the most important points is that cinnamon is a common household substance, that you can buy from the market without breaking the bank.
Step – 1
In the first step, 1 spoon of crushed cinnamon powder are needed that will be suitable for soil of about 1 medium pot.
Step – 2
Sprinkle the crushed powder on the internal walls of pots.
Step – 3
After that, thorough mixing of cinnamon powder with the soil takes place. The step will be performed thoroughly. Mixing must be done properly leaving no small masses of soil.
Step – 4
Expose that soil with direct sun for about 2 days without any addition of water.
Step – 5
Fill the pot with that exposed mixed soil and then use that for any planting purpose.
Step – 6
Spread the crushed cinnamon powder over the pointed area and then stir it up to 3-inches. After this, there is no need to do anything else.

This technique is best to use after the rainy season, also you can use the cinnamon powder once a month to protect your garden from a fungal attack.

Can You Remove Fungus with Baking Soda?

Yes!
Step – 1
Without wasting drinking water, take 2 liters of tap water and stir that with 1 teaspoon of baking powder.
Step – 2
In the next step, mix that and add few drops of oil to the water. This is done to increase the stickiness of water with the leaves of plants.
Step – 3
The next step is to sprinkle the mixture over the marked area with the help of a sprayer. If you do not have a sprayer, you may make one from a water bottle and then spray that over the pointed area.
Step – 4
Half spoon baking powder may also be used to spread over the soil and then blending it. After that add some water for easy mixing. Baking soda is the best alternative to cinnamon powder as it completely and effectively demolishes the soft fungal covering.
Although the baking powder is also a good option I will always prefer cinnamon powder first.

As excess of everything is bad, excess of baking powder reduces acid contents present in the soil. This may disrupt the balance. Baking soda is used on plants when there is a massive growth of fungus.

Fungus Removal with Turmeric
Like cinnamon and baking powder, there is another alternative known as turmeric powder used to stop the growth of fungus. Besides its fungal removal characteristic, it may also kill garden pests and fungal spores.
Step – 1
Take a little teaspoon of turmeric powder and spread that over the pointed area. This will inhibit the growth of fungus also protecting to plant from the attack of insects and pests.
Turmeric powder can also be used with cinnamon powder and this will not harm the plant. Takes only a minute. Quantity of about a tablespoon is ok per pot.
Step – 2
After applying the turmeric powder leave the spotted area for about a day.

How to Remove Fungus from soil with Vegetable Oil, Garlic Paste, and Liquid Soap?

Step – 1
In the first step take 8-10 pieces of fresh and clean garlic.
Step – 2
Secondly, make a smooth paste of these garlic pieces.
Step – 3
After that mix it with water. The mixture can be used in two different ways. First, you can leave it for 4 days and then use it. Second, boil the mixture for a few minutes and then use.
Step – 4
Now here comes the most important step that is to mix a tablespoon of liquid dish wash in 2 liters of water with a few drops of vegetable oil dissolved in it.
The science behind using dish soap is that it will keep the solution attached to the plant leaves while oil will act against killing the fungus and spores by inhibiting their airflow.
Step – 5
The last step is to spray the liquid over the soil after mixing it gently on the leaves and around the plant roots. Use this liquid solution twice a week on plants. After spraying, leave it for three days for observes the plants to make sure is the mixture affecting the plants or not.
Use the solution again on the fourth day and repeat this procedure until there is no fungus left. With this method, you can kill the fungus organically and effectively.

Is Neem Oil Effective for Fungus Removal from the Garden?
Another remedy is neem oil as it is known for not only controlling the fungus growth but also for insect and pest removal from the garden soil and plants effectively.
Step – 1
Take a spray bottle filled with water and add some drops of neem oil to it. Shake it well and spray it over the soil and infected plants. Keep in mind that too much neem oil quantity can burn the newly formed leaves so always use it in a moderate quantity.
Step – 2
Dried neem leaves to aid in the prevention of fungal growth from the soil. For this, you have to crush the dried neem leaves completely and then mix that crushed powder in the soil.
Step – 3
Wait for three days and make sure that the soil has direct contact with the sunlight. You can turn the soil upside down if possible, once a day or in two days as this will dry the soil completely with proper aeration. Neem cake is also helpful for reducing fungal growth.

Can Clove Kill Fungus from Garden Soil?
Clove is also used for controlling the fungus but most people do not prefer it because of the cost and its intensity. Using clove oil can harm the leaves because it is very hot and your slight carelessness can result in the destruction of the plant. Therefore, I will suggest you go for other options available in the market.

Does Lime Effectively Kills Fungus or Not?
Lime juice can kill soil fungus. Add a few drops of lime juice to the soil where you are facing fungal growth issues. Being acidic, it is one of the powerful treatments against fungal growth. But make sure your lime is not highly acidic as this will also lead to leaf burn.

How to Use Inorganic Fungicide?
Use a spoon to measure a small amount of inorganic or commercial fungicide.
Take one gallon of water and add 1 teaspoon of fungicide to it. Mix it well. Avoid using high concentrations because it will be harmful to your plants.
Then add a little quantity of this mixture to the soil and if possible, stay away from the roots.
Spray this mixture over the plants. Make sure not to spray it over the flowers and fruits.
Wash the fruits or vegetables carefully if you have sprayed any fungicide over them.
Always cover your hands and face with a mask and gloves to avoid direct contact with these chemical fungicides.

Conclusion
This is all about the ways one can go with the fungus removal from the garden soil. I have tried my best to explain the easy solutions you can adopt to get rid of fungus using organic techniques and I hope now you will be able to decide what technique you should use to help your plants.